Doutzen Kroes is your typical Dutch girl: tall, blonde and very down to earth. She is a natural beauty (in a healthy body). 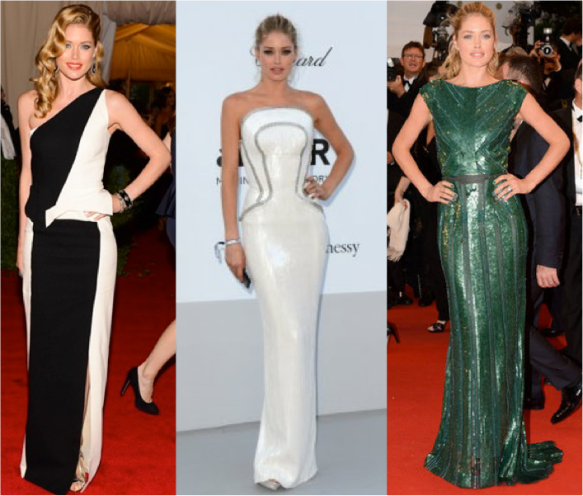 She was born and raised in the northern part of the Netherlands, Friesland. After she finished school, she wanted to earn some pocket money by doing modeling, but that quickly turned out to be more than something at the side.

At the beginning of her career in 2003, she did a lot of runway shows and campaign work for f.ex. Calvin Klein. In 2006 she entered the big league of super models when she signed her contract with L’Oreal and a year later, she became an angel at Victoria’s Secret. She now focusses mainly on campaign work and fashion magazine photo shoots.

She’s also been busy with some new projects out of the fashion industry, like being ambassador for Dance4Life, an organization working on awareness regarding HIV and Aids. Last year, she made her debut as an actress in the Dutch movie Nova Zembla.

She is married to DJ Sunnery James and in 2011 she gave birth to son Phyllon. It seems that after her pregnancy, her body is in an even better shape than before. A healthy spirit in a healthy body! Looks like a perfect role model, if you ask me.